How To Become an Actor/Actress

By Jordan Fabel •  Updated: December 1, 2021  •  8 min read  •  Creative
Approved Course is reader-supported. If you buy through links on our site, we may earn a small commission.

As an actor, you will perform on stage or on camera. You can also pursue a career as a voice actor and perform on radio or narrate books. There are many unique opportunities to pursue in acting.

If you’ve always wanted to know how to become an actor or actress, it’s time to look at what this career includes. Let’s look at what you will do as an actor and how you can become one. 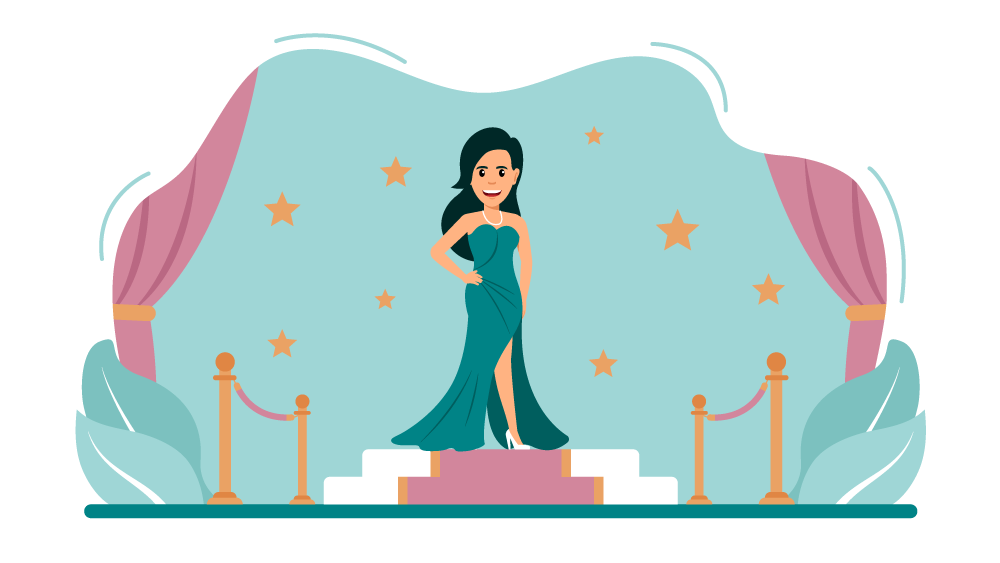 What do Actors do?

While you won’t really have job duties like a regular career, there are still things you will need to do as an actor/actress. Some of the common things you will do include:

There are many things an actor must do to be successful. While you may not go to a 9-to-5 job, you still have tasks and responsibilities.

How To Become an Actor/Actress in 9 Steps

If you know you want to be an actor, it’s time to take drama courses in high school. Anything having to do with theater, music, or acting, you want to be involved in during high school. This can help you to learn how to improve your acting. It can also help to ensure you truly want to become an actor.

There are many college and university programs that offer acting degrees. You can gain even more experience, during college, too. Getting on stage or working with TV or movie production can help you learn the necessary skills to become a successful actor.

While a degree isn’t necessarily required, it can help you build your skills. You can also gain some experience through productions during college. Plus, you can get a degree in more than acting, which can give you a fallback if you do not succeed as an actor.

There are associate, bachelor’s, and master’s degree programs in theater and acting. If you get a master’s degree, you will also be able to teach acting or theater.

Step #4 – Get some Experience

Experience can go a long way when it comes to becoming an actor. Working as an extra can help you become familiar with the process and earn a little bit of money at the same time. You may also do work in commercials or in smaller theater productions.

Any type of experience you can gain will be of benefit. You want to work at your craft as much as possible and gain as much experience as you can.

Step #5 – Get Your Headshots Done

You will need a good professional photographer to take headshots for you. These are very important and act as your calling card. When you have a chance to get a part, you will submit headshots to the producers and casting directors.

It’s best to create two-sided page headshots with one side including your resume. This makes it easy for casting professionals to easily review what you have to offer and match you with a role.

Another tool for actors to use to gain work is a demo reel. This reel will show you acting. It can be in acting school, commercials, local productions, or other productions. Show around 90 seconds to 120 seconds of footage with shorter clips of 20 to 30 seconds of your acting.

You don’t need an agent to be an actor, but it can help. With a good agent, you can gain connections with casting directors and producers. This can help you to find paying work and have regular work on the books. However, your agent will get a piece of your income.

It’s common for new actors and actresses to be afraid to audition for the larger productions. Don’t be afraid. Audition for them now and even if you don’t get them, you will start to gain experience with the audition process. When you’re new, you want to audition for anything and everything you can.

The acting union also provides you with support and helpful resources. It can help you earn more money and give you a better chance of being hired.

There is no clear-cut path to becoming an actor or actress. These are some of the steps you will likely need, but your path may be very different.

Not all actors are found on TV or on the big screen. There are many different types of actors. Whether you want to become a movie star or a narrator, it’s important to understand the types of actors. The following three are the most common:

No matter the type of actor you want to become, it’s important to know the different options.

How much can I make as an actor/actress?

We all tend to think of actors and actresses as very rich and famous. However, the celebrities in blockbuster films and TV shows are just a small percentage of the actors and actresses in the industry. According to Indeed.com, the average salary for an actor is about $42K per year. It was closer to $19K, but since March 2002, the salary has more than doubled.

Of course, many actors will make far more than $42K per year. It depends on the type of actor you become and the projects you work on.

What belongs on my acting resume?

When you create an acting resume, it’s very similar to any other resume. It should fit on one page and list out your experience. Of course, you also want to include your contact information including your phone number and email address. If you’re in a union, you should include this, too.

The biggest difference between a regular resume and an acting resume is listing some of your features. You probably want to include your height, weight, hair color, and eye color on an acting resume. It can also be printed on the back of an 8″x10″ headshot.

Some of the common things you want to include on your acting resume include:

List your credits including the show title, your role, the directors, and the producing organization. Make sure your resume is only one page long, however.

What should I look for when hiring an agent?

When you’re ready to hire an agent, you should do your research. Check to see which agents have had success with actors like you in the past. The right agent can prove they get work for their clients. You should also find out the rate they charge and make sure it’s similar to the industry standard.

Where should I live if I want to become an actor?

It might not be easy to go into a career as an actor if you live in a small town in Montana. This type of career cannot be done successfully just anywhere. Some locations provide better opportunities than others.

Of course, Los Angeles and New York are at the top of the list. These are the two top markets for actors and actresses. However, they are not the only markets. You can also choose a smaller, less competitive market, such as Richmond, Philadelphia, or Washington D.C.

If you want to become an actor/actress, use the steps on this list to guide you. Not all acting journeys are the same. You may need to get a college degree or you may simply need to take a few acting classes. Either way, make sure you work at your craft and audition often.