Got a Texting Teen? There’s an App for That 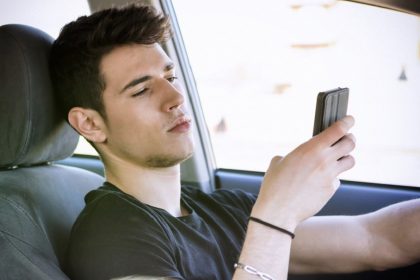 As with any technology, the cell phone is a two-edged sword. Had cell phones been available when I was first learning to drive, I am sure that my parents would not have let me out of the house without one. I certainly made sure that my teens had one, especially after they got their driver’s licenses. I remember having had my share of minor accidents and car trouble during my teen years and what a helpless feeling it was to have no way to call for help. It gave me peace of mind as a parent to know that a cell phone could help keep my teen safe if their driving careers were to start as inauspiciously as their old man’s.

Communication Is a Two-Way Street

While there’s no way to say this without you hearing a “back in my day” codger, I’m saying it anyway. In my teen driving days, using the phone while driving meant driving around until you found a pay phone. I can’t tell you how many times I may have made it home before curfew if I had not spent the time searching for a phone to call to tell my parents that I might be late.

Today’s parents no longer worry about the necessity of their teen driver finding a phone, but that they instead will find ways to stay off of it. The teen years are equipped with a sense of false bravado that can convince a teen that he or she is invincible or bulletproof. They believe there is nothing that they can’t do and, since they can text simultaneously with every other activity in their life, how hard could it be to do so while driving?

Stories of texting and driving tragedies are an increasingly regular component of the evening news. While teen accident rates were high when I was first driving, those numbers continue to rise and studies show that cell phones and their use are to blame. To help ease parental concern, there are now apps targeting these concerns. These apps are designed to make the cellphone something used in case of emergency instead of being the cause of emergency. While there are dozens of options in the app stores, here are a few of the leaders.

If you have a teen driver, consider getting one of these apps to increase their chances of staying safe behind the wheel. You may even want to look into them for yourself. 40% of teens in a recent survey admitted that they had been in the car with a driver using technology in an unsafe manner. While I have finally learned while running with scissors is not a good idea, there are times I still consider myself to be Superman behind the wheel.