Who Out There is Dying to Drive 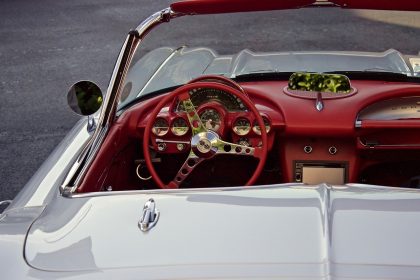 Alternative fuels may be needed more now than we currently believe. The average person knows that cars emit very harmful nanoparticles, continually polluting the air. But, have we considered just how detrimental this could be, or how bad this is getting?

A new study that British researchers kept tabs on drivers’ exposure to nanoparticles omitted from their cars throughout the course of a typical day. An increased risk of heart and lung diseases has emerged among their findings. Still, the bigger problem comes to light among the reds and yellows that keep drivers at a standstill while moving along on their commutes.

Yes, I’m talking about traffic lights, and how the researchers have found that we ingest the nasty pollutants up to 29 times more while sitting at a red light, than while cruising down the open road. The reason? Partly because idle vehicles are not dispersing the nanoparticles as they do when they’re moving and also because people tend to rev their engines hoping to get a jump on the green light. The very points that cars are much closer together when stopped at an intersection raises the percentage of pollutants astronomically.

In a University news release, study author, Prashant Kumar spoke about the researchers’ findings published in the journal Atmospheric Environment on February 12th. “With more cars than ever joining the roads, we are being exposed to increasing levels of air pollution as we undertake our daily commutes,” he said. Kumar added, “The best ways to limit your exposure is to keep vehicle windows shut, fans off and try to increase the distance between you and the car in front where possible.”

The study author had much more to say including the fact that even though efforts have been made over time to reduce the amount of time we spend in cars, vehicular pollution continued to remain consistent throughout the past ten years. Suggestions are being made to switch up your routes in an attempt to avoid the busiest intersections throughout your day, although this is obviously not a permanent solution since it isn’t always possible.

Of course, changing your route does not only apply to drivers, but to pedestrians as well. The suggestion is to have the walkers, joggers and bicyclists change their paths in better accord with fewer intersections. Again, this isn’t necessarily very likely, but anyone who wishes not to breathe in the harmful nanoparticles should fully consider the options.

The more plausible solution at this time is going to have to come in cooperation with local transport agencies. There are various traffic management systems, which need to be considered, such as overpasses. Even more immediately, transportation agencies could synchronize their traffic signals to create far less waiting time at the intersections. Some of these changes could take time, but everyone should know that The World Health Organization has linked 7 million deaths each year to worldwide air pollution.