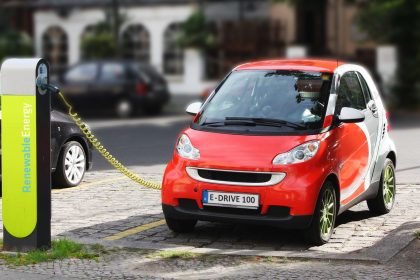 Since the advent of the electric car (EV), many arguments have been used to accentuate their positives. The one most commonly heard is that the EV’s are far more environmentally friendly than their gasoline-powered brethren. But is this really the case? The answer to this question, as it is with many questions, is “it depends.”

Where Is the Electricity Coming From?

Most proponents to electric cars will point to the fact that an electric car is a zero-emission vehicle. However, for a true apples to apples comparison, one has to factor in the environmental impact created by the production of the electricity used to charge the EV batteries. In most of the world’s larger countries, roughly half of the electricity produced is generated by the burning of coal. In the United States, where 40% of electricity is generated by this method, the net result is a vehicle that reduces environmental impact by approximately 50%. While this reduction is considerable, it does not make the EV the zero-carbon footprint alternative that it is often touted to be. It must be further noted that, in terms of “eco-friendliness,” projected improvements in the efficiency of gasoline-powered engines will also serve to keep the environmental impact gap between the two vehicle types narrow.

While many areas are working to move toward more sustainable, renewable and less impactful means of energy production, these changes will certainly not happen during the lifetime of the current crop of electric vehicles.

When considering the feasibility of the electric car supplanting gas and diesel powered cars as the transportation of choice, many factors must be taken into consideration. Currently, the price of EV’s is cost prohibitive for many, and manufacturers are forced to offer sizable rebates to entice buyers. The limited range of an EV represents a hindrance. For drivers with lengthy commutes or who enjoy car trips, an electric car is an impractical choice. While charging stations are beginning to dot the landscape, it is unclear when or if the infrastructure required to support a large contingent of EV’s can be built.

Are Hybrids a Viable Compromise?

A hybrid vehicle is one that operates part-time as an EV and part-time as a gas-powered vehicle. While this alternative does address range issues, it doesn’t make as positive and environmental impact as the fully electric vehicle and, presently, is also cost prohibitive. Some people buy these vehicles solely because the projected fuel use is much lower. On the other hand, the often several thousand dollar sticker price difference between a vehicle and its hybrid cousin would serve to purchase a great deal of gasoline.

Moving forward, there will continue to be debate concerning the merits of hybrids and total electric cars. Doing one’s best to save the planet is a noble aim, but people should not be misled about the size of stride they are making toward that goal by buying an electric car.