What You Need to Know About Electric Cars 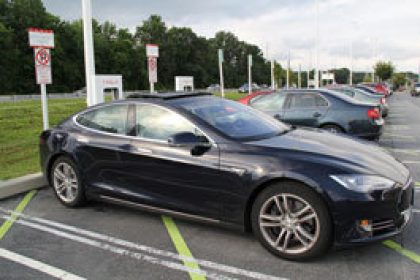 Electric cars have actually been around for quite some time, but a lot of people still do not know a lot about them and perhaps do not trust them when it comes to having them on the road next to them. Some key information is what they need to actually find out if this was a good or bad invention and whether or not they should continue to feel uncomfortable when they see them on the road driving next to them.

When it came to inventing electric cars, it was to reduce the amount of emissions that were being released into the atmosphere. This is a good thing since normal vehicles emit a lot of CO2 into the atmosphere each and every time they are taken out and driven around.

An internal combustion engine is not used inside a electric vehicle, but are powered by a battery instead. The battery is made with a nickel and metal hydride combination. This type of battery is generally found in digital cameras. This is the mixture that is generally used for any batteries that are rechargeable. However, currently in a lot of newer models of electric cars – a lithium-ion battery is being used since they have a longer charge range on them compared to the other type of rechargeable battery. They are said to be the future of electric vehicles since they last a lot longer and are more reliable. Cell phones and laptops use lithium-ion batteries and have good charge lives.

How Do They Work?

There is a controller that is located between the batteries and the motors inside the hood of the vehicle. This is what transfers the energy from the batteries into the motor in order to make it go. The amount of energy the controller takes is regulated so it does not take too much, or too little in order to keep the battery life going and also give the vehicle enough power to go at different speeds. This signal is given when the pedal or breaks are pressed by the driver in the vehicle. Much like a normal vehicle would get these signals and send them to the internal combustion engine, these signals are being sent to the controller in order to regulate the energy usage in the vehicle.

There are both long distance, hybrid electric cars and purely electric cars to choose from. Those that are hybrid will take gas and use it sparingly but can go longer distances than those that are just electricity based. Depending on the amount of driving that needs to be done, owners are choosing one over another to ensure that they are able to get there without having to worry about getting a full charge to do so.

They have a good make up and design, but they might not be for everyone. However, they are not dangerous to drive and they provide a cleaner, healthier atmosphere for all to live in. This is safe for everyone involved with the new electric car scheme.