How To Become a Game Designer

By Jordan Fabel •  Updated: October 13, 2021  •  8 min read  •  Tech
Approved Course is reader-supported. If you buy through links on our site, we may earn a small commission.

It seems like a dream career for many and becoming a game designer is possible. If you love video games, you should learn how to become a game designer. This type of career will allow you to use both creative and technical skills to create video games.

It’s a part of the entertainment industry and a very fun career. As a video game designer, not only will you be able to make a good living, but you will also get to do something you love.

Video game designers have many job duties. Before you start down this career path, make sure you understand the expectations. Let’s look at what a game designer does and how to become a game designer. 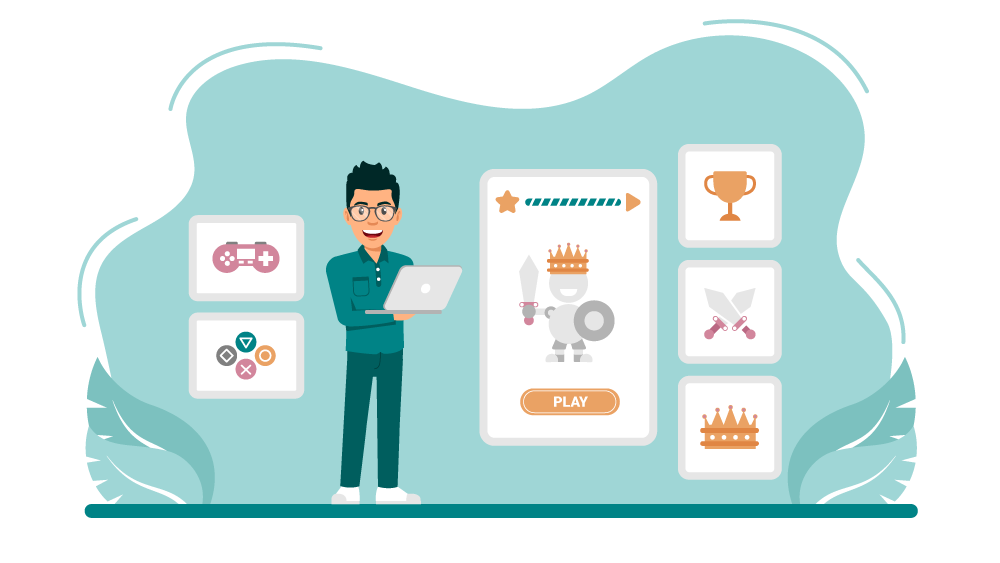 Job Duties of a Game Designer

As a video game designer, you will be working with a team of developers to create video games. You will likely have responsibilities related to the characters, the storyline, how the game works, and more. This type of career requires good computer programming knowledge and creativity.

It’s also helpful to be able to storyboard plot lines. Video game designers will work with artists, developers, and many others to create a fun and rewarding game. Some of the common job duties include:

As a video game designer, you will have many job duties and you will work with many people. The end result is a great game many people can enjoy.

How To Become a Game Designer in 4 Steps

Step #1 – Gain an Understanding of How Video Games Work

Before you go down this career path, you want to have a deep understanding of video games. It might sound like a cool career, but there’s more to it than just coming up with an idea for a video game. Spend some time playing games, talking about the games, and critiquing the games with others.

Take notes about what you do and don’t like about the games you are playing. Also, learn how the games work and what type of technical skills are necessary to create a new video game.

While a bachelor’s degree isn’t always required, many employers will prefer candidates with a degree. This degree can be in many different areas of study. Computer science, mathematics, computer programing, logic, and game designing are all common degrees for video game designers.

You may also want to double major or minor in art, business, or communications. This can help build the right education for entering a career as a game designer.

When you take on an internship, you will be able to work with experienced game designers. This allows you to assist them and learn from them as you further your career. Some of the entry-level positions you can use to gain experience include:

While the best option is an internship that allows you to work closely with game designers, any entry-level job is a good start.

Your portfolio will show off your actual skills. Many video game designers will work on redesigning games they know and understand. This can be done by writing a different ending, editing the mechanics of the game, or in other ways. It might be theoretical, but it can help you build your portfolio.

This type of practice allows you to show off programming skills, writing skills, storyboarding, and more. Collect these types of creations into your portfolio. This can help you land an internship or get the right job as you work towards becoming a game designer.

While these two careers may get lumped together, they are usually very different. Depending on your employer, a developer may be the person that takes the ideas of the designer and creates the game from them.

Video game designers tend to create new ideas and concepts for games, characters, and plots. They are concerned more with the vision of the game. Developers, on the other hand, are more focused on the execution and functionality of the game.

Designers want to make sure the game looks a certain way and tells a certain story. They may use design software and storyboards to explain the idea. A developer will take the idea and use computer programs to create the code for the function of the game.

Both video game designers and developers are very important to the process. However, they are not the same in the eyes of most employers.

If you want to become a video game designer, work on developing these skills:

These three skills are the most important for game designers. Work on developing all three as you get your bachelor’s degree and work your way up to the position of game designer.

How much can I make as a game designer?

The average salary for a video game designer, according to Indeed.com is about $71K per year. Top companies will pay more than $100K per year, however. your salary may depend on your experience, location, and the games you are or have worked on.

New York tends to be the highest paying area for video game designers. Redmond, Washington, Chicago, and San Francisco are also high-paying locations for this career.

Zippia.com shows a higher average salary for game designers closer to $88K per year. Some jobs in this field will certainly pay more than others. It will likely depend on the company you work for and where you work.

What type of benefits will I get as a video game designer?

It’s rather common for video game designers to work from home. Some even get unlimited paid time off, family leave, and the ability to take a sabbatical. If you don’t work from home, you may gain benefits, such as access to an on-site gym, commuter assistance, and meals provided for you.

A flexible schedule is rather common for video game designers, too. Some will also gain access to health insurance.

Are there any advancement opportunities for game designers?

Yes, game designers often become lead game designers. They may also work up to the position of project manager or art director. Some will even become senior game designers, senior software engineers, or even the chief technology officer of a company.

Do I need a degree to become a game designer?

While there is no technical degree requirement, most employers prefer a degree. About 68% of game designers have a bachelor’s degree with about 10% holding a master’s degree. Another 10% have an associate’s degree. About 8% hold a certificate and less than 2% only have a high school diploma.

It’s most common for game designers to get a degree in graphic design or computer science. Other majors are also acceptable including computer engineering, computer applications, animation, business, communications, and fine arts.

You now know how to become a game designer. If you want to use your technical skills and your love for video games to enter into a new career, this might be the right choice for you. It’s best to get a bachelor’s degree and gain some experience in the industry.

If you want to become a game designer, use the steps above. This career path can be very rewarding. It pays a higher-than-average salary and offers the ability to work in an area you love.