Getting Your OLCC Permit for Alcoholic Beverages & Recreational Marijuana

by Instructor @ ApprovedCourse.com / Published in Hospitality 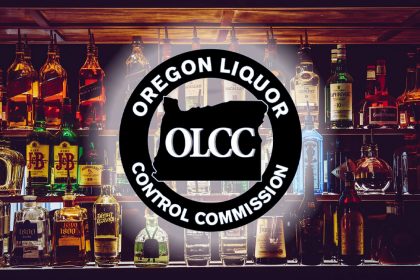 Taking a deep dive into the OLCC and the permits they issue by looking at what the OLCC is, how to apply for an OLCC permit and the benefits of obtaining a permit.

You may have been hired somewhere that requires you to obtain a permit, or perhaps you have recently opened up a business where you are required to have one. There are many benefits to receiving your permit, especially if the distribution of alcohol is important to your business or employment.

With all of the different government regulated laws in place when it comes to the distribution of alcohol, it can be overwhelming to try to get even some basic information and clarity about a liquor license, much less an OLCC permit.

Before we begin, let’s take a look at what the OLCC is in the first place.

What is an OLCC Permit?

An OLCC permit is a permit that is provided by the Oregon Liquor Control Commission (or Oregon Liquor and Cannabis Commission) that allows a business to distribute alcohol or an individual to serve it. More specifically, it is (according to Wikipedia) a governmental agency in Oregon that was created by the Oregon Legislation in 1933 after the repeal of prohibition that provides control over the distribution, sales, and consumption of alcohol.

To provide a little background on prohibition (a pretty hot topic in your US history class, but also in the 1920s to early 1930s!), it was the ban of import, transport, production and distribution of alcoholic drinks that the US government initiated and enforced for various reasons.

Overall, the prohibition of alcohol was not looked at in a positive light then or now, but also according to Wikipedia, because of the overall reduction of alcoholic beverages available, the level of liver cirrhosis (liver scarring) fell by nearly half during this prohibition.

Not only does an OLCC permit regulate and allow the selling and distribution of alcohol, but it also allows the control of selling recreational marijuana.

The OLCC has complete authority to regulate the cultivation, production, and sale of Marijuana. Oregon is also just one of a few US states that have full control of its laws regarding the regulation and distribution of alcohol.

To understand how the OLCC permit fits into the overall program in the state of Oregon, you need to realize that there are three major components of Oregon’s alcohol and drug distribution.

First, there is the Distilled Spirits Program. This program is in charge of everything that goes on in the state regarding the sale and distribution of alcohol. There is a public safety program within the OLCC that enforces the laws on the local side of things to ensure that everyone is following the rules set in place.

In other words, this is who you will be dealing with when obtaining your OLCC permit.

Benefits of Holding a Permit from the OLCC

You need a permit in the first place before you are allowed to distribute, handle, sell, etc. alcohol or marijuana in the state of Oregon. Beyond the requirement and reason that you have to get one, let’s take a look at some of the benefits of owning a permit.

For starters, your business won’t be shut down, and you won’t receive hefty fines or even face arrest if you have a permit. If that isn’t an incentive, I don’t know what is.

The OLCC also provides server training that can improve an invaluable awareness to your employees or yourself when it comes to the selling and distribution of alcohol.

We all know that there are far too many accidents involving alcohol and even marijuana, so it never hurts to have a little bit more education and insight into its proper distribution.

While it might go without saying, there is no smoking of marijuana currently allowed in public places in the state of Oregon, so although the selling of the drug is legal, smoking it at your favorite pub is not.

Here is an insightful fact sheet that you can help keep things straight regarding the Oregon laws, the OLCC and marijuana.

How to Get an OLCC Permit for Your Business or Job

Now that you have an overview of the OLCC, let’s talk about how to get your actual OLCC permit. The permitting process can be an exhaustive and lengthy process, but if you just make sure to get all of your ducks in a row first, then it should go smoothly.

Let’s start by first outlining the steps that you will need to take in order to get your OLCC permit.

First things first; you’re going to want to find out what type of permit you need in the first place. “An alcohol permit”, right? But there are actually different types of these, so it is important to make sure you are aiming to get the right one before you set off on your journey to obtain your permit!

These permits are somewhat different from each other, so take extra care in this step of the process. There are permits for breweries, public houses, shippers, distilleries, tasting, sales, private sales, private clubs, warehouses, transportation services, wineries, and special events.

What is the reason that you are trying to obtain a permit?

The OLCC lists all of the different permit types and parameters in their Annual and Multi-Year License Type PDF.

The second step is to ensure that you have an address for your prospective business or business. This is because the state of Oregon will require you to provide proof of a property that you are renting, already own, or leasing before allowing you to get an OLCC permit.

Step three is to submit all of your application materials. Duh, right? However, don’t easily overlook the small things in this step. Each license is quite different than the next, so you will undoubtedly be doing a lot of paperwork and filling out a lot of different forms.

Once the OLCC has received all of your forms, then your application will be reviewed. They will not review an incomplete packet, so make sure to get everything you need stuffed into that large vanilla envelope before you send it off!

The fourth thing to consider is that your application has to be first approved before you will receive permit consideration. Don’t get too excited, because once this step is complete, it doesn’t guarantee that you have won the permit battle just yet.

You will receive some forms from the OLCC that you will need to take to your local government office. Then it can take up to a whopping forty-five days for them to process a recommendation to the OLCC for you.

Posting a sign is step 5 of the permitting process. Easy, cheesy, right? You may not be required to display this sign, however, but the OLCC will help you to determine what exactly to do in this step.

Drumroll, please! This step is a long one. The investigation. Sounds ominous, right? You have nothing to worry about as long as you are compliant with your local laws as well as the rules and regulations put in place by the OLCC.

This part of the process can take anywhere from four to eight weeks. This can sometimes take longer depending on the applicants criminal history, police involvement with the business, alcohol abuse history, and other things like that.

Although a DUI, felony charge, and even a simple misdemeanor can have an effect on your OLCC permit approval, it may not disqualify you entirely from being able to handle, sell, distribute alcohol.

The final step is that the OLCC will either approve or deny your application after the investigation. If the application is approved, then you are good to go; you will simply need to pay the appropriate licensing fee, and your license will be issued.

If the application is denied, don’t worry too much, because there is also an appeal process in place for a denied application.

Summarized Steps to Your OLCC Permit

In summary, an OLCC permit is issued in cooperation with your local government as well as the OLCC. You cannot obtain a permit from a third party source. It is quite a lengthy process to get a permit, but there are also a lot of benefits to doing so.

In order to get an OLCC permit, you first need to determine the type of permit that you require. Then provide proof of your business’ address. Submit your application. Then wait.

Once your application is accepted, you will receive documentation from the state that you will need to take to your local government office.

After that, you either need to post a sign or not; check with OLCC on that one. Then there will be a four to eight-week investigation into your operation under OLCC.

After this, they will either approve or deny your application, which you can appeal if necessary.

This entire process can take up to six months, so get started sooner rather than later!