How To Become a Pilot

By Jordan Fabel •  Updated: December 1, 2021  •  8 min read  •  Transportation
Approved Course is reader-supported. If you buy through links on our site, we may earn a small commission.

Have you dreamed of flying? Learning how to become a pilot will help you achieve this dream. Whether you want to enter this field as a career or you want to fly your own plane, becoming a pilot can be rather rewarding.

Maybe you want to work for an airline as a commercial pilot. If so, the steps below give you a quick guide to help you become a pilot. 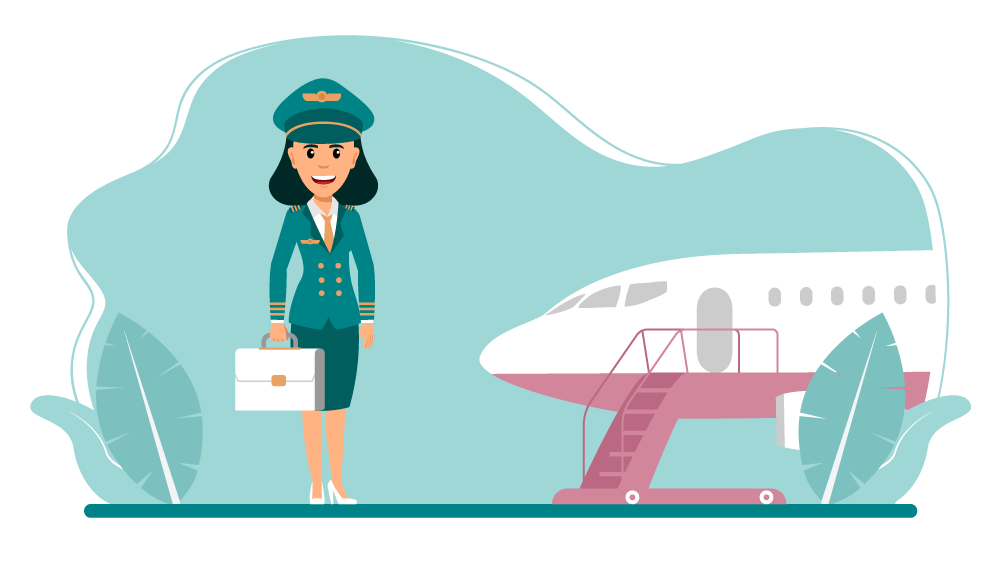 How to Become a Pilot: A Step-by-Step Guide

Step #2 – Get the Right Education

You can choose from a variety of different flight school programs. It’s common to enter a program from a major airline. They may even offer tuition reimbursement if you work for them.

You cannot become a licensed pilot without flying hours. Therefore, you will need to log at least 250 hours of flight experience to get your commercial pilot’s license. If you went into the military, you might have fulfilled this requirement as a military pilot.

Without military experience, you will likely need to get flight experience through a flight school. It’s even common for pilots to start as flight instructors while they work to get the necessary flight hours.

Step #5 – Get Your Pilot’s License

You can become a licensed pilot as long as you are 18 years of age or older and have completed the requirements. In addition, you will need to pass a physical examination and have good hearing and vision. Pilots mustn’t have any physical impairments that could interfere with their flight performance.

Along with the physical requirements, you will need to pass a written exam and a skills test. The FAA requirements to earn your commercial pilot’s license include:

You will need to meet all the requirements if you want to become a commercial pilot. Airlines will require you to be licensed and to maintain your license.

Some pilot positions will require additional licenses. If you plan to become a specific type of pilot, you will need to get the right certification or license from the FAA. For example, you might need a medical certificate or an airworthiness certificate.

Additional licenses and certificates will come with more tests and requirements. Some of the common licenses you might need to obtain include:

These are the FAA requirements. Commonly, major airlines want to see closer to 4,000 hours of flight time.

You will need to start somewhere as many of the top airlines won’t hire inexperienced pilots. Most major airlines want you to have at least 4,000 hours of flight experience with commercial planes. You might start as a co-pilot to gain experience.

Which path is best for becoming a commercial pilot?

There is no best path. It depends on what you prefer and how fast you want to start flying. The military is an attractive option since it will include a bachelor’s degree, a paid position during training, and much more. In addition, it’s the lowest cost option to become a pilot.

Flight school offers another option. However, this will be a higher-cost option. You can also enter an airline cadet program. Most will require you to have at least a high school diploma or equivalent and a valid passport.

Any of these paths will help you become a commercial pilot. However, many take the military route simply because it’s the lowest cost option, and you can serve your country while getting the necessary training.

How much can I make as a pilot?

The average pilot will make about $42,000 per year. However, the salary can range from $14K to nearly $200K. It will depend on your location, experience, and the type of pilot you become.

Airline pilots, co-pilots, and flight engineers tend to make quite a bit more. The average salary for this category is nearly $150K per year. However, it takes time to work up to these positions in aviation.

How long will it take to become a pilot?

You can become a private pilot in about three months. However, if you want to become a commercial pilot, it will likely take you a few years. Those pursuing a college degree first will need two or four years to complete their degree, as well.

If you choose to gain pilot experience in the military, it may take four to eight years to become a commercial pilot. However, you may also choose to stay in the military longer; before working in the private sector.

Of course, airlines will hire pilots, but they are not the only ones. You can work for the government, charter companies, emergency flight services, agriculture, and other industries. It’s even possible to work as a flight instructor at a flight school.

Is it difficult to become a pilot?

It depends on your commitment and motivation. If you’ve been dreaming of becoming a pilot all your life, you will find it a bit easier than others. However, the time it takes and the necessary education can seem difficult at times.

How much does flight school cost?

Depending on the cadet program you choose, you may spend around $30K for flight school. Some airlines offer tuition reimbursement programs to ensure you can finish your training without spending any money. It’s common to find flight schools for much less, between $4K and $15K. Cadet programs tend to be the most expensive.

You will also need to pay for additional certifications, which can cost even more. Some of the estimated costs include:

The cost can add up pretty quickly, but it will also be spread over several months or years. As a result, it’s common for training institutions to offer financing, as well.

Are pilots in high demand?

Yes. Commercial pilots are needed, and the industry is growing. It’s estimated that this job will grow at a rate of about 8% over the next ten years. This is higher than the average for all occupations.

If you’ve dreamed of becoming a pilot since you were a child, it’s time to pursue this career path. As long as you meet the medical requirements, you can go through training to become a pilot. Make sure you choose a path you will be happy with and work hard to earn the right credentials.