Fighting a Ticket in Federal Court? 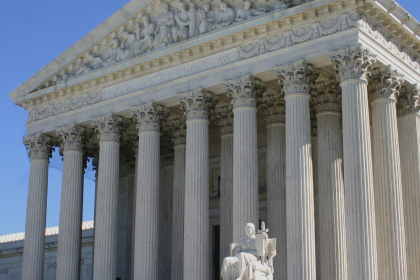 Red light cameras. I’m sure your town probably has them, but it may surprise you how long these little technological wonders have been around. First developed in the 1960s, they received their first widespread attention in the early 1980s when a camera in New York caught images of a motorist striking a child in a stroller at an intersection. The footage garnered national attention, and many cities rushed to put the devices in place to enhance public safety in their communities.

Intersections are dangerous places. 40% of all auto crashes occur at crossings, and these collisions result in 50% of all traffic injuries. Since you can’t post law enforcement at every intersection, it does make sense to find a way to catch people willing to beat the system when no one is looking for the safety of all concerned. However, there is some debate as to whether the red light camera is just about the health and welfare of the populace.

Looking at Red Light Cameras from Both Sides

The installation and use of red light cameras is a highly profitable enterprise. In fact, many private companies will install cameras in a municipality for free and then will split the revenue generated by red light camera tickets with the city. At first glance, this seems like a good fiscal strategy; cities can generate a revenue stream, reallocate monies previously earmarked for traffic enforcement and can reduce accidents and injuries. Sounds like a win-win, right?

Enter a Guy with Too Much Time on His Hands

California resident Howard Hership received a red light camera ticket in 2014. Due to nonpayment, added penalties ballooned his total fine to $1665, an amount the 73-year-old was unable to pay on his fixed income. The nonpayment also resulted in the suspension of his drivers license. Like many drivers, he chose to fight his ticket, but in quite the unusual way.

For Hership, the issue was not about guilt or innocence, but of a flaw that he perceived in the system. He contends that the traffic court system is financially sustained by the fines they hand out and therefore have a vested interest in guilty verdicts. “The judge who finds you guilty, his salary and benefits – health insurance and everything else – is paid for out of the guilty verdict,” Herships said. “It doesn’t make sense…you can’t have any financial interest in the outcome of the case.”

Hership initially requested a state court hearing on his ability to pay and was denied. He then took this denial to a federal court and made two requests. First, he asked them to rule that he should be heard in the state court concerning his ability to pay and, second, to seek a restraining order disallowing the state court’s practice of suspending licenses for nonpayment. This restraining order would benefit not only Hership. It is estimated that one in six of California’s 4.2 million drivers have licenses that are currently or have at one time been suspended for nonpayment.

Whether the verdict on Hership’s original citation comes out in his favor or not, historical precedent has already been set as he has made a traffic ticket a federal case.

Looking for an easier way to make your ticket disappear? If your state allows it, check out how easy it is to dismiss a traffic ticket by taking defensive driving or traffic school online with ApprovedCourse.com.