Could This Be the Last Year for Speeding Tickets in Iowa? 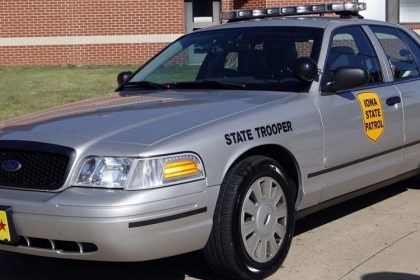 Recently, Rick Rilea and Timothy Riley were issued speeding tickets by Iowa’s Department of Transportation (DOT). So was 16-year-old Peyton Atzen, clocked at zipping through a 55-mph zone at a speedy 84-mph.

Needless to say, they weren’t happy about the tickets, but they didn’t stop at a grumble. These drivers are just a few of the many who decided to take the law into their own hands by issuing a challenge to the legal right of Iowa’s DOT to issue tickets. And they were heard.

Polk County District Court Judge Eliza Ovrom ruled this week that, although “[T]he traffic laws, such as speed limits in a construction zone, have an important public purpose and are designed to save lives” and that her “court is personally in favor of enforcing such laws[, …] it is for the legislature, not the courts, to determine which state officers should enforce the various laws of the state of Iowa.”

Her ruling that the Iowa Department of Transportation erroneously interpreted laws and used them used to justify the issuance of nearly 13,000 unauthorized tickets was based on a number of other case scenarios, such as a 1948 Iowa Supreme Court ruling that said transportation officers are limited by law to enforcing rules related to size, weight and load and a 1990 Iowa attorney general opinion that concurred with the supreme court that DOT officers are only authorized to enforce drunken driving laws and commercial motor vehicle regulations involving vehicle registration, size, and weight. On the other hand, she dismissed as “misplaced” the state’s rebuttal with a case involving an out-of-state officer who crossed the Iowa border to write a ticket.

Ovrom is apparently not alone is putting the rights of the legislature over laws “designated to save lives.” Many other judges have decreed in separate case decisions that the DOT had no legal authority to issue tickets over the past two years.

Brandon Brown, attorney at the Parrish Kruidenier law firm in Des Moines, is staunchly on the judges’ side: “The judge’s ruling absolutely validates what we have been arguing since day one on these cases. […] At this point, we will return to our efforts to compensate every driver we can.”

Good news for poor speeders like Peyton Atzen. He and drivers like him will no doubt need their share of the compensation from the millions-of-dollars lawsuit in order to pay for insurance to cover property damage and bodily injury to victims of their illegal driving habits.

The state, of course, is fighting back. It argued that drivers like Rilea and Riley did not exhaust their administrative recourse against the tickets by first filing a “declaratory order” through the DOT. Unfortunately, it’s made the DOT agency looks a little shady by using the time that it took to stall the case using the declaratory order argument to supposedly get lawmakers to write new laws giving them the authority to legally write tickets to non-commercial drivers. Ovrom and the other judges could smell their tactics, however. Wrote Ovrom, “There would be no reason to amend the statute if IDOT officers already had the authority to make arrests for matters other than operating authority, registration, size, weight and load.”

Ovrom makes a valid point, which is why you and I, at least if we’re living or driving in Iowa, need to be aware that if we break the law (and get caught and ticketed), we may be able to not only get off the hook but be compensated. If we obey the law, we simply need to watch out for those who don’t, and hope there’s some officer out there who still has the authority to hold them accountable. Perhaps we shouldn’t worry. After all, during the final day of the legislative session in April, a temporary change in the law granted DOT officers to write tickets… at least until June 30th of 2018. We’ll see how things shake out on July 1st.

If you’ve gotten a speeding ticket, ApprovedCourse.com can help make it go away. That’s true for most every state, including Iowa – for now…