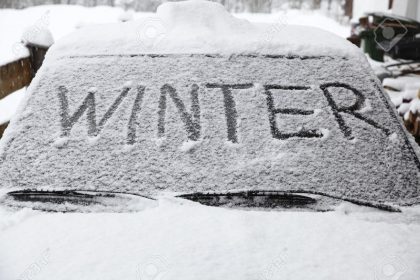 With 2000 comments and 6000 shares on Facebook, a Michigan man’s traffic ticket caused no small stir. A man in Roseville, Michigan, doing something done by dozens of his neighbors and thousands of people on cold mornings nationwide, received a $128 ticket for warming up his car in his driveway. He claims to have only left the car idling for 7 to 8 minutes, but that was enough time for an officer to discover the car running, write the citation and leave. Needless to say, Taylor Trupiano was quite surprised to see that little piece of paper under his windshield wiper when he returned to his car.

The citation was not written for a violation pertaining to carbon dioxide emission, but rather because of the sensible Roseville statute making it illegal to leave a car running with no operator in sight. Roseville police chief James Berlin says that his officers are trained to enforce this law without apology as 5 to 10 cars are stolen in the small city every year due to the practice of warming up cars in driveways. The impact of car theft affects everyone as we all face the potential of insurance rates being elevated as more cars get stolen.

It should be noted that an exception to the Roseville ordinance is enjoyed by people with remote start capability on their vehicles. After all, with remote start, the car stays locked and the keys remain in the possession of the operator.

Many areas have such laws in place, so you should be careful that your municipality does not if you are in the habit warming your car before heading out. However, this practice begs the question of whether you should warm up your car at all. As it turns out, in most cases you don’t need to and it could actually be doing more harm than good if you do.

To Warm or Not to Warm?

While the most obvious advantage to warming your car in advance may be found in enjoying a toasty warm interior, others think it is a necessity for the engine. If your dad taught you that warming your engine in advance was a prerequisite for taking to the road, it is probably because he drove a car with a carbureted engine. While warming a car was is essential for a carbureted engine, the opposite is true for a fuel injected engine. By the way, well over 90% of the cars on the road today are of the fuel injected variety.

The difference comes down to the way the fuel-air mixture is introduced to the spark plugs and how efficiently lubrication is passed to the piston walls. Without going into a completely mind-numbing explanation of the internal combustion engine, it turns out that starting your car and then driving it easily for the first few minutes will allow the oil to warm faster by this method than by leaving the car idling. Warming the oil reduces friction within the pistons and keeps gasoline from mixing with the oil, reducing the efficiency of the oil in the future.

So what’s the take away here? By not warming up your car you can save yourself a ticket, save wear and tear on your engine and keep your car in your possession. You may need to keep your jacket on a little longer as you begin your commute, but it really seems a small price to pay.