by Instructor @ ApprovedCourse.com / Published in Vehicle 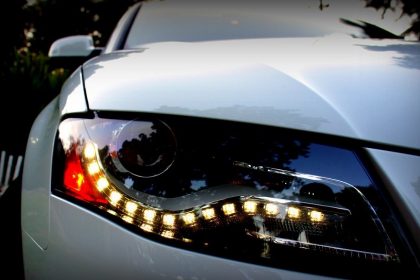 You roll out of bed to a sunshiny summer day just made for cruising. You jump behind the wheel, buckle up, stow your cell phone and reach for your Ray-Bans. You’ve done everything to put safety first, right? Would you be interested to know that there is one more thing you can do that can decrease your chances of a crash by over 15%?

Before putting your car in gear, do yourself one more favor and flip on your headlights. Hang on, you might be thinking. Didn’t you just say it was a bright summer day? Won’t the sun give me plenty of light to see everything I need to see? While you are certainly right to think this, sometimes it’s not about you.

While out on the roadway, it is not just important that you are able to see. It is every bit as critical for your safety that you are seen. Of course, daytime driving with headlights makes the most sense at dusk and dawn or in the fog or rain, but even in direct sunlight you are more easily detected by other drivers when you have them on.

It is the law in many states that headlights be used 30 minutes before sunrise and 30 minutes after sunset or any time when visibility is reduced to less than 1000 feet. Some states also mandate the use of headlights any time conditions require the use of windshield wipers. Whether or not your state regulates any of these practices, it’s still a good idea to use your headlights this way.

Because of the increased safety they afford, many automakers offer models that have headlights that will activate automatically when conditions require, and others go a step further by installing Daytime Running Lights. DRL’s can be deactivated by the operator must statistics indicate that keeping them on his best safety practice. In fact, DRL’s are legally required equipment in countries such as Finland, Hungary, Canada and Denmark which begs the question, why not here in the US? A quick review in geography may explain why other countries adopted daytime running lights before we did here in the states. Countries situated in northern latitudes potentially have more hours where the sun casts long shadows. In this type of driving environment, DRL’s are particularly helpful. However, a little history review may also shed some light on why the United States has drug its feet.

In the late 80s and early 90s, carmakers lobbied against the creation of laws requiring the installation of DRL’s. As with most things, following the money reveals that, at the end of the day, this was an expense the automakers may not have been willing to bear, despite the increased safety it provided for their buyers. Others speaking against such regulation voiced concern about the added expense for drivers driving with headlights on at all times. This concern was quickly dispelled by calculations performed by the National Highway Traffic Safety Administration. Accounting for bulb replacement and additional fuel requirement, the NHTSA reported that drivers would incur an added annual expense of between three and $15, a small price to pay for crash reduction.

As a responsible driver, you should do everything in your power to keep you, your passengers and others on the roadway safe. If your car did not come with DRL’s, there are aftermarket choices that may work for you. Even if there are none compatible with your make and model, you can still drive with your low beams on. And while this is true in a car, on a motorcycle it is doubly so. If you scoot down the highway with no walls, you definitely want to be noticed.