Ticket Got You Ticked? Try TIKD 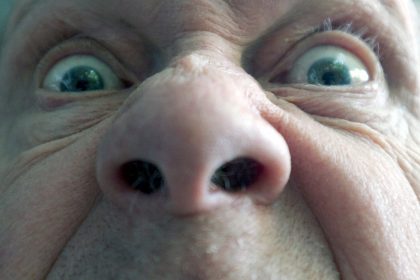 Once there was a man named Christopher Riley who found himself caught in a Coral Gables speed trap, and it gave him an idea. While most people only think of themselves in this situation and either pay the ticket or fight it in court, Riley decided he would like to do something for everyone finding themselves in the mess he was in.

Riley’s idea was a new web application where people who have received a minor traffic violation can enlist the help of someone else to get the ticket dismissed. All the “offender” has to do is upload a photo of the ticket they have received, and TIKD will do the rest. Once the photo of the ticket has been uploaded, the user will get a response from the company as to what the charge will be to get the ticket dismissed. The charge usually will be 15 to 30% less than the face value of the ticket and TIKD adds another bonus to sweeten the pot. The company offers a “no points” guarantee, meaning that the customer will not face potential increases in their auto insurance rates due to a new blemish on their driving record.

The tech team at TIKD has developed an algorithm that can take the data from a ticket and predict the chances of whether or not it will be dismissed. Once the photo has been uploaded, the customer will answer a few basic questions and will have a response within minutes as to whether TIKD will take the case or not.

TIKD will not extend its services to minors or tickets that involve accidents, injuries, alcohol or drugs. Other major violations will not be accepted, including things like tickets written for racing. It must also be noted that this web app and the service it offers is currently only available to ticketed drivers in Miami-Dade County. The company does hope to expand its services nationwide next year.

Statistics that TIKD has gathered indicate that nearly 95% of people who receive a ticket don’t try to contest but simply pay it, and that is their target audience. However, this audience is large even if they are limited only to Miami-Dade County. According to Florida 2015 statistics, two ticket types were the most prevalent with 161,490 red light camera violations and 89,637 speeding tickets written, and that the average cost of each was $188. Even if Riley and his partners fail to go nationwide, it appears they have the potential of doing plenty of business.

If you have received a ticket and don’t live in Miami-Dade County, may we suggest another easy way to get that ticket dismissed? An online defensive driving or traffic school course from ApprovedCourse.com can get your ticket dismissed and keep points off your record, too.