How To Become a Coroner

By Jordan Fabel •  Updated: January 5, 2022  •  8 min read  •  Health
Approved Course is reader-supported. If you buy through links on our site, we may earn a small commission.

The job of a coroner isn’t for everybody. However, if you think it might be the right career for you, it’s important to know how to become a coroner.

You won’t just go to college, get the right degree, and apply for the job, however. A coroner is an elected or appointed official of the county. You will need to run for this office and win to become a coroner or become appointed by an elected official.

Before you decide to go down this career path, it’s important to understand what you will do as a coroner. Let’s look at the job duties and the steps to becoming a coroner. 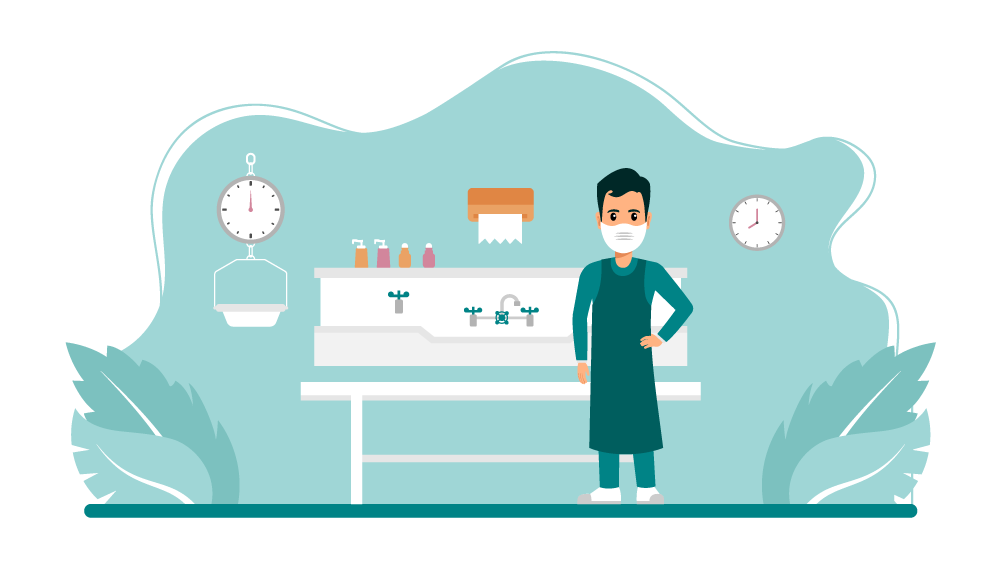 Job Duties of a Coroner

As a coroner, you will be an elected county official that has the responsibility of determining the cause of death. When someone dies unexpectedly or suddenly, you will be in charge of figuring out if any foul play was involved.

The coroner will supervise the examinations of the deceased. As the death is investigated, they will work with a staff to help determine why the death happened. Coroners may also visit the scenes where the death occurred and help to coordinate forensic specialists.

Some of the most common job duties of a coroner include:

A coroner has plenty of job duties and they are all very important. If this sounds like the right career for you, it’s time to look at the steps you must take to become a coroner.

How to Become a Coroner in 4 Steps

Before you can go onto any other step in the process to become a coroner, you must first finish high school. A high school diploma or GED will be necessary to get into the right college degree program.

While in high school, you will need to gain a foundation in subjects, such as science, math, English, and history. Take AP or honors courses when possible. It’s also smart to take anatomy and physiology courses if they are offered.

Most coroners will earn a bachelor’s degree in biology, forensic science, or chemistry. Any of the natural sciences will work for this position. It’s not required, but many coroners will go on to earn a graduate degree, as well.

In some states, you will need to earn a medical degree and become a licensed physician to qualify. This may take an additional four to eight years after getting your bachelor’s degree.

There are a few certifications you may need, based on the local laws in your area. you might need specific certifications through the American Board of Medicolegal Death Investigators. They offer two certifications:

Registry Certification – This is a bit of a basic certification, but may be necessary. With the registry certification, you will be able to show that you have the basic knowledge necessary and proficiency in a death investigation. You must be 18 years of age with a high school diploma and employed in a medical examiner or coroner’s office to get this certification. You will also need to have at least 640 hours of death scene investigation experience.

Depending on your area, one of these certifications may be necessary for you to become a coroner.

Becoming a coroner isn’t an entry-level option. You will likely need to complete on-the-job training after getting the correct education and meeting any certification requirements. It’s possible you will need to pass the Police Officer Selection Test (POST), as well.

Some states have specific training you will need to complete to become a coroner. You may need to be trained in forensics, crime scene investigation, pathology, and postmortem examinations.

As a coroner, you will likely be elected to the job. You will need to have specific skills including both technical and social skills to run for public office. Whether you’re an elected or appointed coroner, it’s necessary to have the following skills:

These skills, along with leadership skills are necessary if you want to become a coroner and be successful.

How much can I make as a coroner?

According to payscale.com, the average salary of a corner is about $52K per year. The range goes all the way from $15K to $94K, however. Your experience level will likely make a difference in your pay, along with your location.

Salary.com puts the average pay at about the same at $51,608 per year. They have the range between $44,173 and $61,364, however. The salaries are a bit higher in some major cities, such as San Francisco, New York City, and Boston. However, in other major cities, it’s right in line with the national average.

Is the job of a Coroner growing?

The Bureau of Labor Statistics has a job outlook for coroners with an expected growth rate of about 14% over the next decade. This rate is for forensic science technicians, which is directly related to the position of a coroner. Since coroners are elected, this actual career doesn’t grow at the same rate.

Are there different types of coroners?

Yes, there are several positions you might take as a coroner including:

All of these positions fall under the category of coroner and may have similar job duties.

How many hours will I need to work each week as a coroner?

Coroners work a common 40-hour full-time week schedule. You may have to work some overtime and you may get called after hours if a death needs to be investigated. The schedule can be a bit sporadic, depending on your jurisdiction.

Will I work alone as a coroner?

Sometimes, yes, you will work alone as a corner. However, you will also work with a team when determining the cause of death. It’s common to work with others in an office or laboratory setting, but you will also spend some time working alone.

Will I need to embalm bodies or perform autopsies as a coroner?

Coroners will not do any embalming and most often, they don’t perform autopsies. Usually, a specially-trained doctor with a background in forensic science will handle the autopsy. A designated embalmer will do the embalming of the body.

What will the work environment be like for a coroner?

You will spend time working in medical facilities, offices, and at crime scenes in this job. It’s common to work with law enforcement and healthcare professionals. Expect to spend plenty of time sitting in front of a computer.

Coroners will also perform medical procedures, communicate with police officers, and communicate with families. It’s also common to work closely with attorneys, judges, and medical examiners. You may need to conduct complex investigations both in an office and outside of it.

If you want to become a coroner, you will need to use the steps above. This is a rather unique career and the requirements may vary from one location to another. Make sure you understand what’s necessary before you attempt to go down this career path.