By Jordan Fabel •  Updated: February 22, 2022  •  6 min read  •  Criminal Justice
Approved Course is reader-supported. If you buy through links on our site, we may earn a small commission.

If you’re considering a career in law enforcement, you might want to know the differences and similarities between peace officers and police officers. There are many misconceptions when it comes to the career of a peace officer. Most people don’t know exactly what this type of career will include. 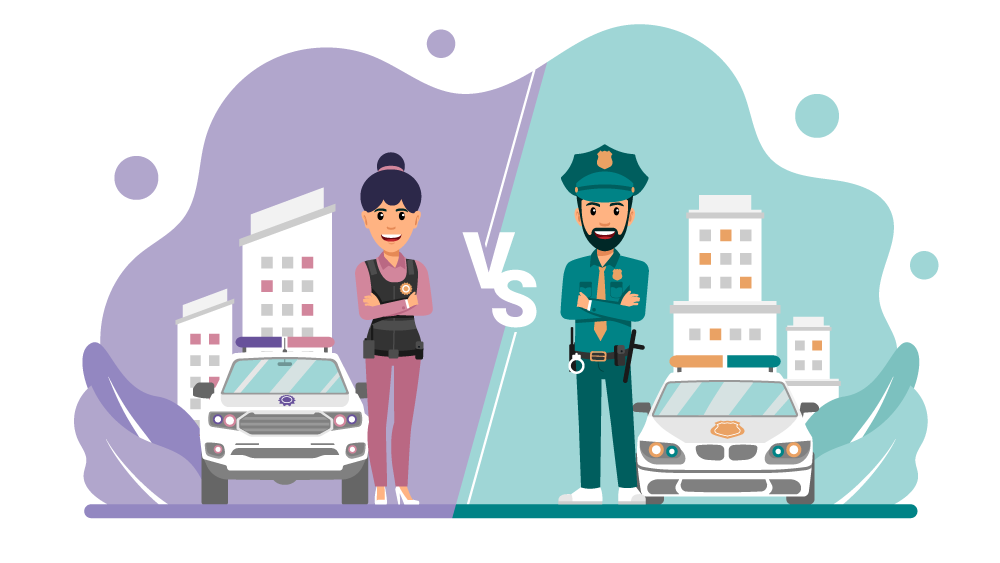 What is a Peace Officer?

According to GoLawEnforcement.com, the term “Peace Officer” will vary from one state to another, but commonly “means a position that carries a badge, has the power to arrest and also carries a firearm.”

What is a Peace Officer?

What is a Police Officer?

The differences end there but do continue on an individual career basis. Depending on the type of peace officer you become, there might be even more glaring differences. For example, if you become an arson investigator, you are a peace officer. This position is very different from a police officer.

Careers Considered to be a Peace Officer

Since the definition of a peace officer is rather broad, there are many different careers that fit this description. Some of the most common types of peace officers include:

While it might seem like security guards should be on the list, they are not. They only become peace officers when given authority to enforce certain laws. When this happens, they will no longer be security guards, but security officers.

As a police officer, you will also need to understand specific legal documents, such as warrants and affidavits. You will also likely be trained to drive emergency vehicles.

Common Qualities of a Peace Officer or Police Officer

The qualities you need to be a peace officer or a police officer are pretty much the same and include:

There are many qualities you should possess if you want to be a peace officer or police officer. You need to have good resilience as you protect citizens in your jurisdiction.

Does a peace officer carry a firearm?

Will a peace officer have to have a warrant to arrest someone?

Not in every circumstance will a warrant be necessary. Peace officers can carry out a no-warrant arrest. This does vary from one jurisdiction to another. Often, in a life-threatening situation, a peace officer can make an arrest without a warrant.

When can a peace officer make a no-warrant arrest?

There are situations when a peace officer can make an arrest without a warrant. These situations include:

There are a variety of careers you can go into as a peace officer. You will have to narrow down the list if you decide you want to go this route. The list can include becoming a police officer.

Often, you will need to start with the same training as a police officer for other peace officer types of careers. However, as you advance your career, you will likely need to gain additional training. Peace officers and police officers are similar, but one is more specific than the other. Make sure you do your research before you choose the right career in law enforcement for you.