By Jordan Fabel •  Updated: February 19, 2022  •  7 min read  •  Driving
Approved Course is reader-supported. If you buy through links on our site, we may earn a small commission.

Speeding can obviously get you a ticket. However, there is a point where speeding becomes child endangerment, which is far more serious.

It’s important to know when speeding will become child endangerment. While you should never speed on the roads, it’s even worse when a child is in the car. Not only are you putting yourself at risk, in this situation, but also the child in your vehicle. 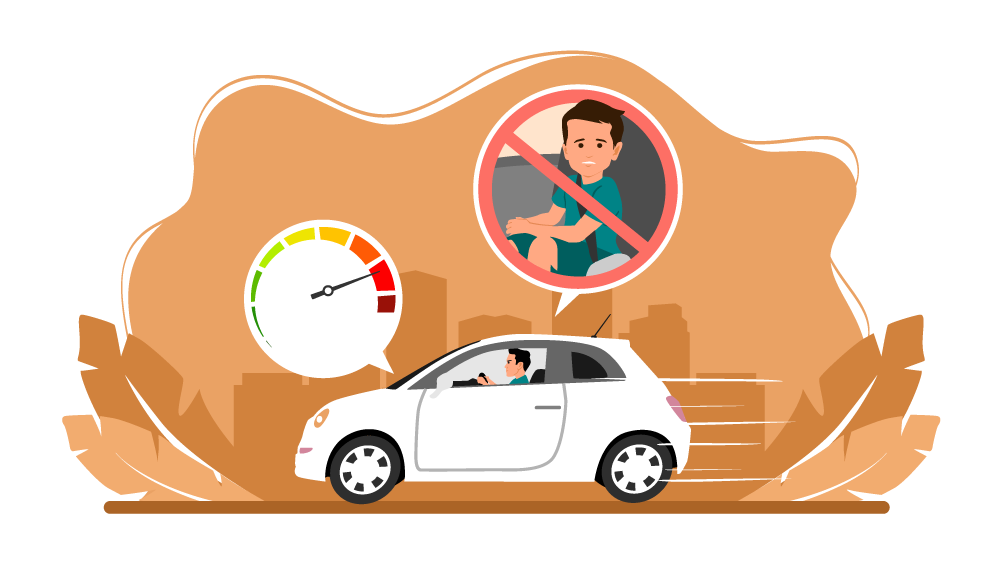 What is Child Endangerment?

According to LegalMatch.com, child endangerment is a criminal act that happens when a person puts a minor child into a dangerous situation where the child could be seriously harmed or killed. It’s often a criminal charge connected with another crime. Child endangerment might be a charge accompanying a DUI, illegal drug use, or assault charge.

What is the Penalty for Child Endangerment?

If you’re convicted of child endangerment, the punishment will vary, depending on your state. However, it’s a very serious offense. Child endangerment can be classified as a felony or a misdemeanor.

The jail sentence can range from a few months to many years. The worse the harm could be for the child, the worse the sentence will likely be if you’re convicted.

While most traffic crimes end up with a ticket or infraction, speeding with a child in the car can be a bit more serious. If you already have enough points on your driver’s license, it could also lead to a more serious punishment than just a fine. Also, if you’re intoxicated, the penalties for any traffic crime will be worse.

As soon as you add a child to the mix, the charges get worse. Of course, getting caught going a few miles over the speed limit with a child in the car is likely not going to result in more than a traffic ticket. However, if you’re really flying down the road or you’re under the influence, speeding can become a child endangerment charge rather quickly.

The state you are in when you get pulled over will likely determine when speeding becomes child endangerment. Usually, if the speed you’re going is enough to charge you with reckless driving or you’re also intoxicated, it can lead to a child endangerment charge.

Is it Necessary for Child Endangerment to be Intentional?

A prosecutor doesn’t have to show that a caregiver or parent put a child at risk intentionally. Child endangerment is figured out based on a reasonable person’s standard. If the accused put a child in danger but didn’t realize it, but a reasonable person would realize it’s dangerous, it could become a case of child endangerment. With speeding, it’s usually pretty straightforward.

If you’re charged with child endangerment due to speeding with a child in the car, you may be charged with a misdemeanor or felony. The state law and circumstances of the case will determine which type of crime you’re charged with. Usually, if the child was exposed to significant harm or a very dangerous situation, it will be a felony charge.

How is Child Endangerment Proven?

Usually, a child endangerment charge will be proven by showing the defendant knowingly or intentionally putting a child in physical, mental, or moral harm. It’s necessary to prove the lack of action or action puts the child in danger of harm or death.

It’s also necessary for the child to be young enough to fall under the child endangerment statute or law within your state. Of course, you will have to be the person that assumes responsibility for the child, as well.

Other Common Examples of Child Endangerment

While speeding can become child endangerment, there are many other examples, as well. Some of the most common include:

Basically, anytime you put the life of a child in danger, it can be considered child endangerment. This certainly includes speeding and many other incidents.

If I am Facing Child Endangerment Charges due to Speeding, do I need an Attorney?

Yes, it’s best to hire an attorney when facing this type of serious crime. If you have been charged with child endangerment, you will likely need an attorney to help defend you.

An experienced criminal defense attorney will be able to advise you on your case. They can help ensure you get the best defense possible if you were caught speeding and it led to a child endangerment charge.

Speeding will become child endangerment when you go fast enough to be charged with reckless driving. It’s best to avoid speeding, in general, but even more important when you have children in the car. Remember, whether you’re the parent or someone assuming responsibility for the safety of a child, you must keep them out of harms’ way. Simply don’t speed with kids in the car and you won’t have anything to worry about.